How Lotus Vancouver is keeping safe. 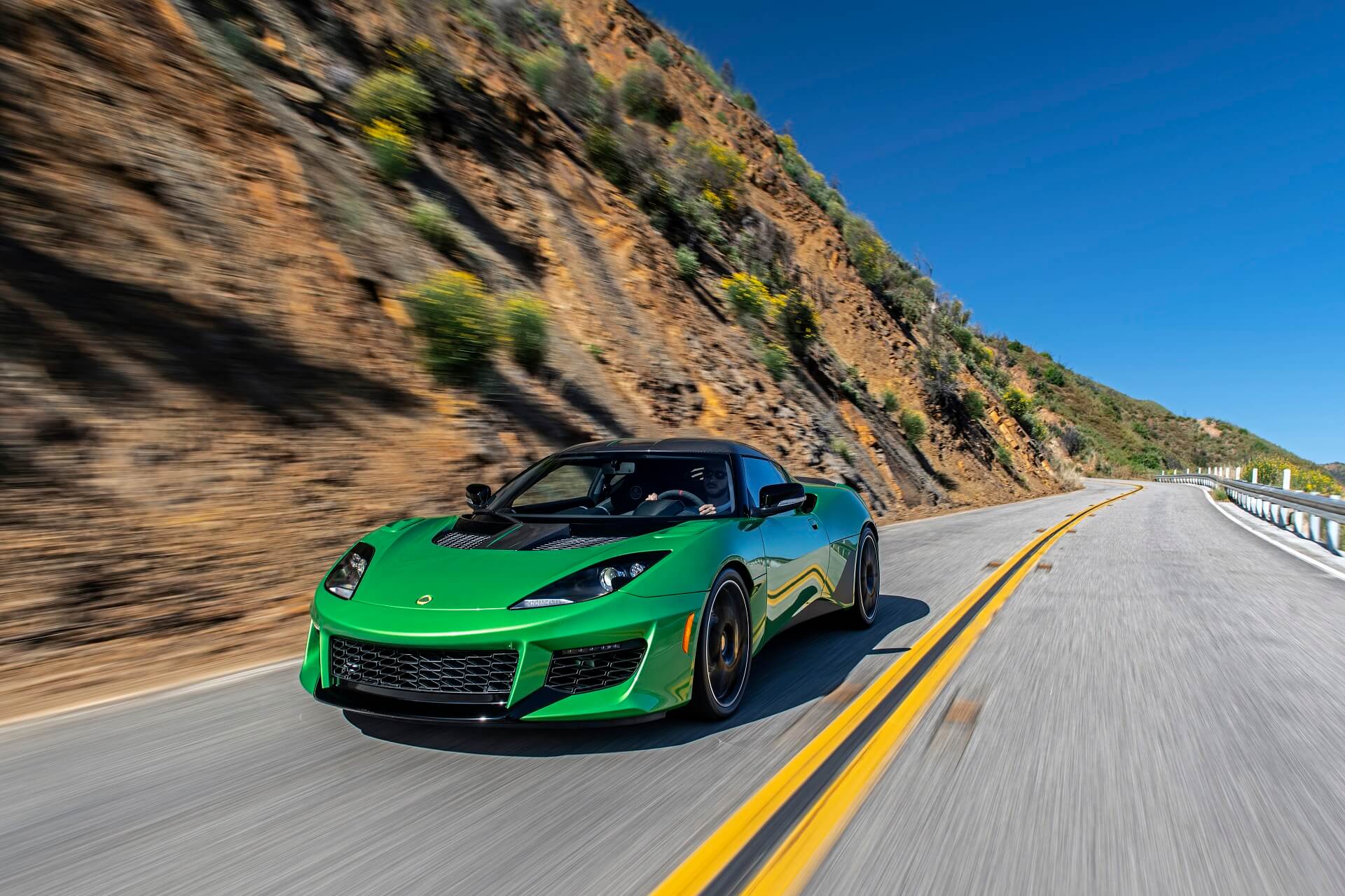 OJAI, Calif. — We’ve glimpsed Lotus’s EV-powered, 2,000-horsepower, $2 million future, and it’s a glorious vision, for sure. But the boutique brand has also updated its more attainable gas-powered offerings back here on Earth, in the form of the 2020 Lotus Evora GT. Our first drive offered a revealing (and thrilling) taste of what might be among Hethel’s last traditionally-powered sports cars.

For those unfamiliar with the Evora, the diminutive 2+2 was launched in 2009 as a grand touring-capable alternative to the laser-focused, ultra-featherweight Elise. Power hails from a Toyota-sourced 3.5-liter V6 with Lotus-modified induction and exhaust hardware, with everything from the throttle calibration to the spark plugs tweaked, and oil sump baffles added to reduce sloshing during high g-force maneuvers. While supercharger oomph was added to the Evora 400’s powerplant in 2015 (breaking the, you guessed it, 400 horsepower barrier), the latest GT spinoff incorporates mods from the non-U.S.-spec Evora 430, which brings total output to 416 hp and 317 lb-ft of torque. As before, a six-speed manual comes standard (and accounts for approximately 70% of sales), while an automatic adds $2,700 to the $96,950 starting price.
Thanks to an infusion of carbon fiber and composite bits, the Evora GT tips the scales at only 3,175 pounds – for context, that’s only 33 lbs more than a Porsche 911T – aided by a bonded aluminum tub that manages both light weight and excellent torsional rigidity. Opt for the carbon pack ($10,000), and you’ll shave an additional 71 pounds from the equation. Further mass reduction is available via forged wheels ($3,250) and titanium exhaust ($8,000). Revised aerodynamics in the form of tucked-in wheel arch vents, a slight drop in ride height, and a larger rear spoiler conspire to double downforce, producing 160 lbs of force at the 188-mph top speed.

If you’ve ever endured the awkward ingress and egress of a Lotus Elise, the Evora feels refreshingly conventional: simply slide in, click in, and adjust your mirrors diligently because, at least if you’ve ordered the carbon package, visibility through the rear windows is almost entirely obscured by thick louvers. Like that other British performance brand (looking at you, McLaren), Lotus stuck to its guns by retaining a hydraulic steering rack that conveys road surface nuances and feedback with refreshing accuracy. Though light in effort, steering feel is so natural it quickly disappears in the matrix of the vehicle’s overall dynamics. Everything together feels remarkably organic and easily interpreted, from turn-in to weight transfer and yaw actions, which respond immediately to driver input.

Though they’re flanked by digital displays, the speedometer and tachometer are both analog. The Evora’s cockpit has a finished, mature disposition, evidenced by the cool-to-touch milled aluminum shift knob paired with top-stitched leather surfaces. There are certain peculiarities and intangibles that add to that impression. Like every Lotus, the Evora GT exudes a hand-built feel, though this latest iteration feels better screwed together and more complete than ever before.
And its Alcantara-rimmed wheel is a focal point, thanks to magnesium composition that reduces mass damping. With less rotational resistance to interfere with the wheel’s movement, the driver gets a crystal-clear feel of exactly how the front wheels are gripping the road. Pressing the “Sport” or “Race” buttons on the center console opens the exhaust valve (which otherwise tips at 4,500 rpm) and disables the stability control’s understeer recognition system, which kills plowing by using the Evora’s stability control system, to give the driver more control before the system intervenes.

The V6 produces generous power from low revs thanks to its blower, eliminating the lag you’d find in an otherwise similar turbocharged car. The shifter slides into each gear with precise, clean action, and the clutch is easy to modulate. You’ll want to keep an eye on the tachometer as you approach the indicated 7,000-rpm redline, since the engine’s soundtrack can be somewhat deceiving. The V6 isn’t the most melodious powerplant, and its relatively unstressed soundtrack puts the onus on the driver paying close attention to his or her shift strategy. It’s easy to miss a shift and cause an over-rev situation. Ugh. But that also reveals an important point about the Evora GT: it is involving in a way that other sports cars, even driver-oriented, manual gearbox-equipped examples like the Porsche Cayman GT4, are not.
And then there’s the handling, an intuitive dynamic that manages to effortlessly communicate the relationship between wheel and tire to chassis and driver inputs with one clean, unmuddied signal. Though a more track-focused Öhlins TTX shock setup is available, the standard Bilstein dampers and Eibach springs on our testers delivered a near ideal balance of road feel, bump compliance, and body control. The setup bolsters confidence quickly, which leads the driver to take on quicker and quicker corner speeds with barely any warm-up.

The Michelin Pilot Sport Cup 2 XL tires, measuring 245/35-19 up front and 295/30-20 at the rear, deliver astounding grip during high-speed maneuvers. Sure, there’s road noise from the ultra-high performance rubber, but it’s well worth the cheek-sagging g-forces you’ll savor as you tear up your nearby winding roads. The brakes are also effective, with AP Racing four-piston front and two-piston rears delivering tremendous stopping power with excellent pedal feel.

I could tell you about the automatic gearbox’s slightly punchy shifts and low 2,000 rpm highway cruising at 70 mph in top gear, but describing the two-pedal arrangement sort of misses the point. The Evora GT’s essential self is most clearly revealed through its most driver-oriented configuration, the one that puts gearchange action, clutch engagement, and throttle modulation entirely into the control of the person behind the wheel. Based on those parameters alone, the Evora GT manages to be both entirely engrossing yet comfortable enough for all-day excursions. And unlike the subscale Elise, there’s enough sound insulation, trunk space, and suspension smoothness to make roadtrips a viable possibility – assuming you and your roadmate have the discipline to pack your belongings into small-ish bags.

The Evora GT is a truly niche vehicle, and it doesn’t have the headline-grabbing panache of the brand’s forthcoming electron-powered hypercar, but it’s also a sort of sweet spot for those craving absolute individuality. Enjoy this moment of analog goodness while it’s around, for this internal combustion rollercoaster will be sorely missed when the future goes fully digital.
First Drive, AutoBlog.com

Lotus Cars builds world-class, high-performance sports cars including the Evora, Elise and Exige ranges. In July 2019 it launched the Evija, the world’s first all-electric British hypercar. Production will start in 2020. 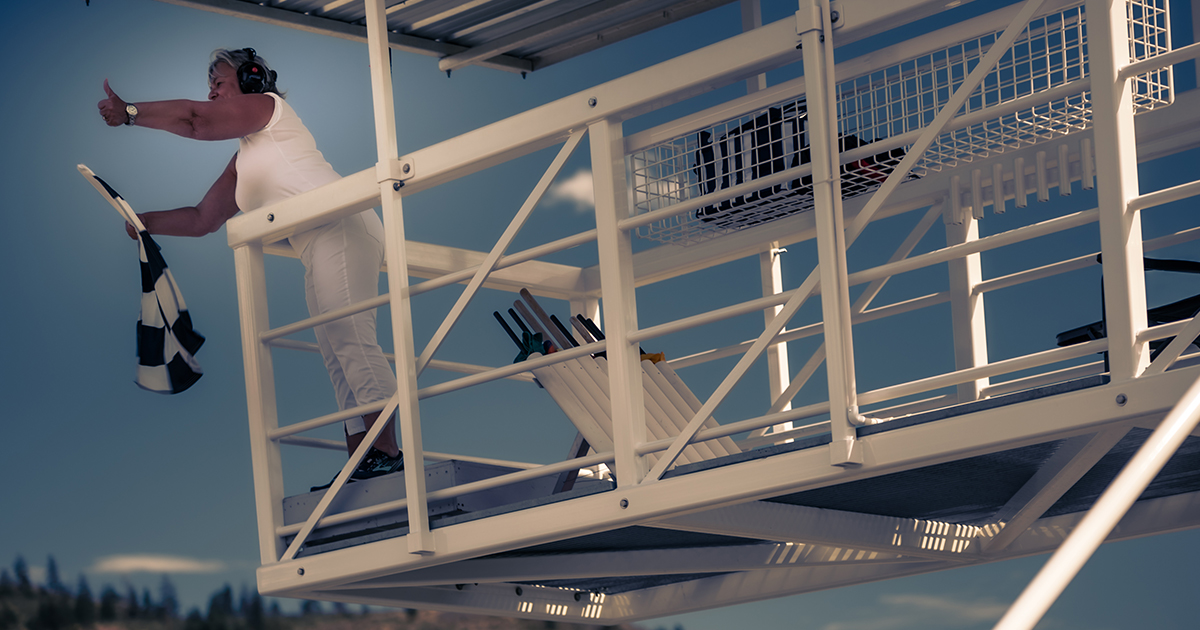 Two full days of fun and adventure. The guarantees of our Track Day events.